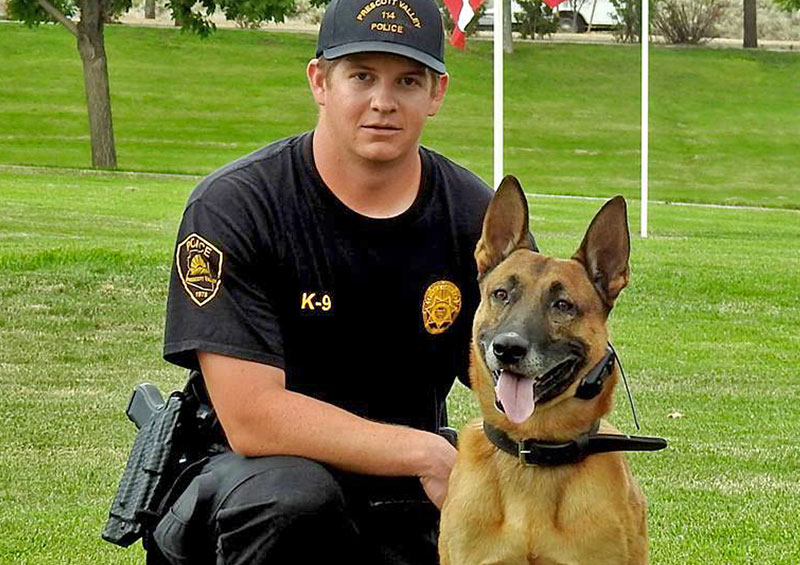 K9 Jake Passed Away on Tuesday

Jake came to PVPD in 2013 from the Oxnard, California Police Department, where he had already earned a medal of merit award in May 2012 with K9 Officer Scott Coe. The pair responded to a shootout in which someone robbed a liquor store and fled on foot. Coe and Jake were shot at several times before Jake nabbed the suspect.

Jake became available after Oxnard downsized its K9 program. Already trained, certified, and proven, he was a great fit for Prescott Valley. The Yavapai County Community Foundation, through an endowment for police dogs, helped the town with his purchase.

Paired with K9 Officer Dave McNally, who is now a Chino Valley PD K9 officer, in 2013 and later Officer Layton Cooper in 2015, with whom he retired, Jake was known for being mellow and popular with the public, and always ready for a belly rub. On the job, however, he was all business. Along with taking a substantial amount of drugs off the streets and apprehending a number of criminals, Jake was part of an incident in 2016 in which a man who was determined to commit “suicide by cop” credited the K9 for saving his life. 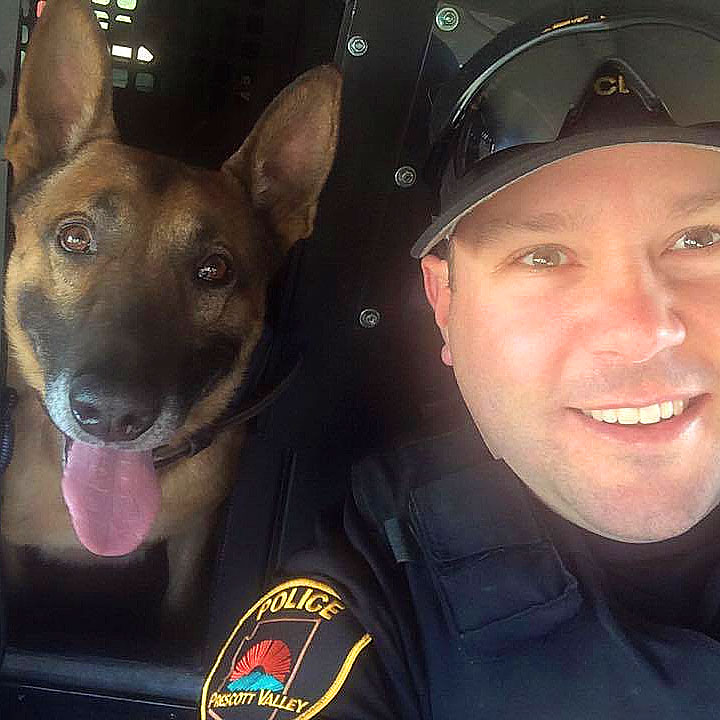 The intoxicated, armed man was firing off gunshots in the dark in his neighborhood when officers arrived. The man retreated toward an area where he had numerous weapons stored and ignored officers’ commands to surrender. Jake was deployed and successfully subdued the man until officers could take him into custody.

Officer Cooper, also now retired from PVPD, and his family gave Jake a loving home until he passed. He was especially popular with Cooper’s children, with whom he was gentle and protective.

Prescott Valley Police Department can be contacted at (928) 772-9267 for non-emergencies, 911 for emergencies.
Yavapai County Silent witness is 1-800-932-3232.
IF YOU SEE SOMETHING, SAY SOMETHING!
Rate this item
(0 votes)
Last modified on Wednesday, 29 June 2022 08:10
Published in Prescottvalleyaz.news
Tweet
Tags
« Prescott Valley Police Department is Hiring PV To Test All Wells »