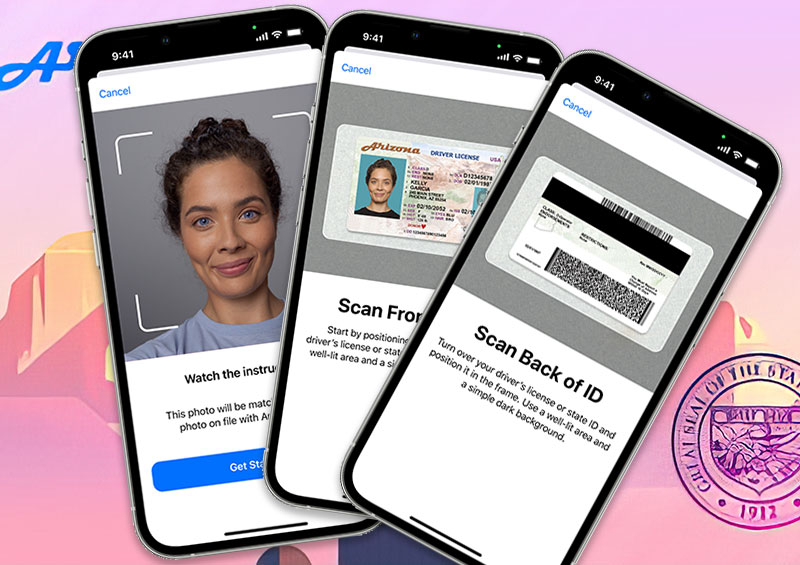 Additional states to follow, including Colorado, Hawaii, Mississippi, Ohio, and the territory of Puerto Rico

Apple announced that Arizona is the first state to offer driver’s license and state ID in Wallet. Starting today, Arizonans can add their driver’s license or state ID to Wallet, and tap their iPhone or Apple Watch to seamlessly and securely present it at select TSA security checkpoints in Phoenix Sky Harbor International Airport.

“We’re thrilled to bring the first driver’s license and state ID in Wallet to Arizona today, and provide Arizonans with an easy, secure, and private way to present their ID when traveling, through just a tap of their iPhone or Apple Watch,” said Jennifer Bailey, Apple’s vice president of Apple Pay and Apple Wallet. “We look forward to working with many more states and the TSA to bring IDs in Wallet to users across the US.”

Additional states will offer driver’s license and state ID in Wallet soon. Colorado, Hawaii, Mississippi, Ohio, and the territory of Puerto Rico plan to bring this feature to their residents, along with the seven states Apple previously announced.

Adding a driver’s license or state ID to Wallet can be done in a few simple steps: Residents can tap the + button at the top of the screen in Wallet on their iPhone, select “Driver’s License or State ID,” and follow the on-screen instructions to start the setup and verification process. To help ensure that the person adding the identity card to Wallet is the same person to whom the identity card belongs, the user will be asked to take a selfie and scan the front and back of their driver’s license or state ID card, which will be securely provided to the issuing state for verification. As an additional fraud prevention step, users will also be prompted to complete a series of facial and head movements during the setup process. The state is responsible for verifying and approving the user’s request to add their driver’s license or state ID to Wallet.

Once added to Wallet, users can present their driver’s license or state ID to the TSA at participating airport security checkpoints by simply tapping their iPhone or Apple Watch at the identity reader. On their iPhone or Apple Watch, users will be shown which information is requested by the TSA, and can consent to provide it with Face ID or Touch ID, without having to unlock their iPhone or show their ID card. All information is shared digitally, so users do not need to show or hand over their device to present their ID. The TSA will also capture a picture of the traveler for verification purposes.

Driver’s license and state ID in Wallet takes full advantage of the privacy and security built into iPhone and Apple Watch, and offers benefits that a physical ID card can’t match. Unlike physical ID cards, driver’s license and state ID in Wallet presents only the information needed for the interaction, and the user has the opportunity to review and authorize the information being requested before it is shared. Additionally, driver’s license and state ID in Wallet is presented digitally through encrypted communication directly between the device and the identity reader, so users do not need to show or hand over their device. Biometric authentication using Face ID and Touch ID helps ensure that only the person who added the ID to the device can view or present their ID or license in Wallet. If users lose their iPhone or Apple Watch, they can use the Find My app to easily lock their device and help locate it, or remotely erase their device.

More information about driver’s license and state ID in Wallet is available on apple.co/wallet-id.

Apple Wallet offers a secure, private, and convenient replacement for the physical wallet, and enables users to unlock the world around them using iPhone and Apple Watch. With Wallet, users can store and access credit or debit cards to pay with Apple Pay in-store, online, and in-app; redeem rewards with loyalty cards; store and present boarding passes and transit passes, as well as tickets for movie theaters, concert venues, sports stadiums, and other live events; unlock, start, and share access to select cars; and set up Apple Cash to send and receive payments with Messages. University and college students can also use mobile student IDs in Wallet to make purchases and access buildings around campus. Wallet also supports home keys, hotel room keys, and employee badges for the office, as well as driver’s licenses and state IDs for residents in participating US states. More information and terms for Wallet are available at apple.com/wallet. 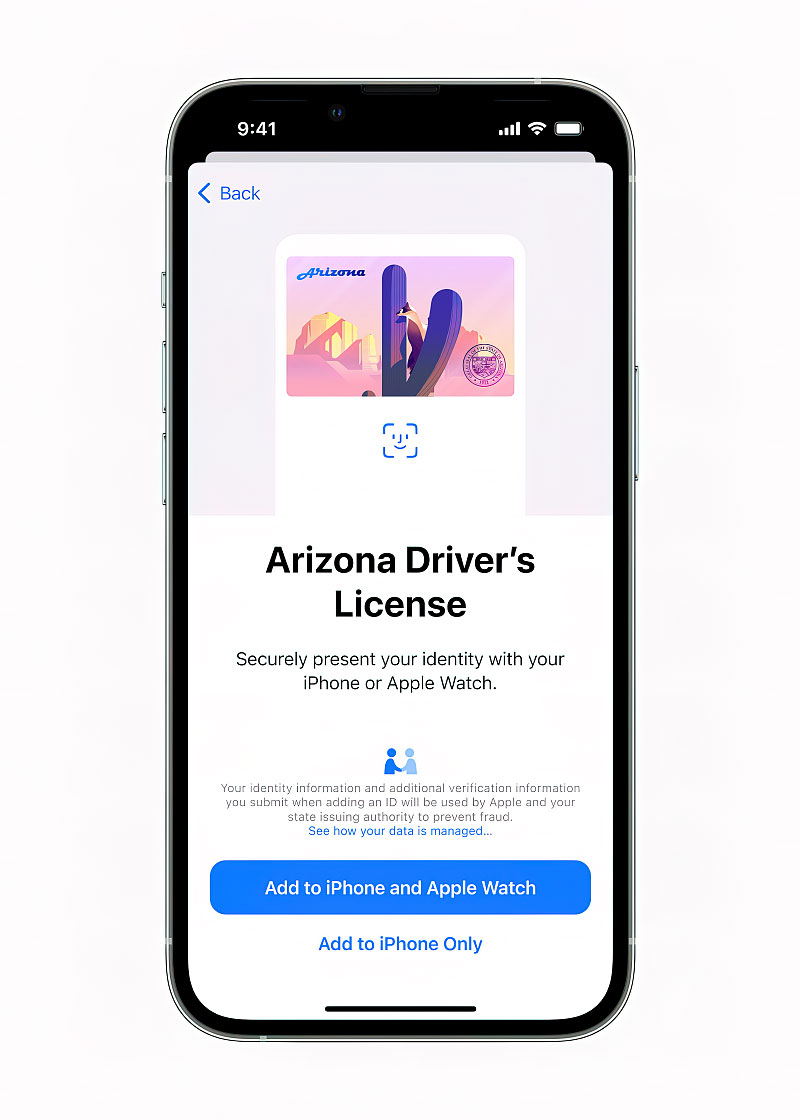