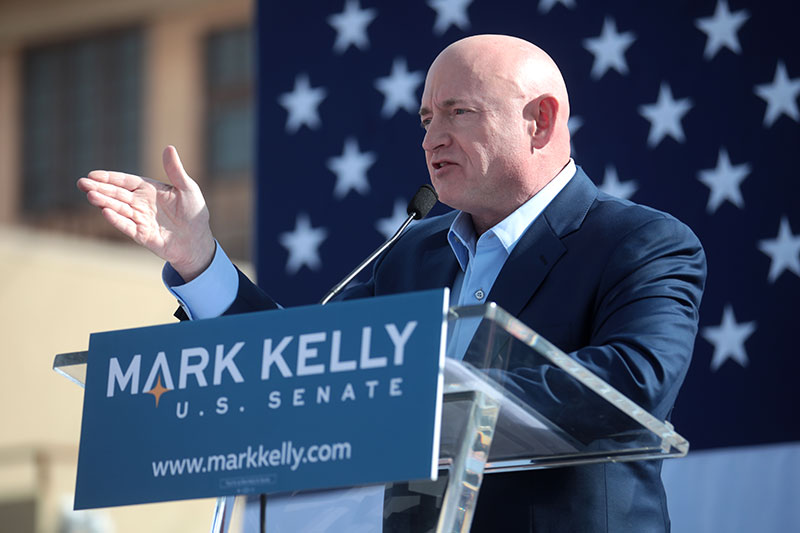 Will the real Mark Kelly please stand up?

Project Veritas gets the goods again, and this time their team is in Arizona, checking out the Mark Kelly camp and trying to pin down where Mark Kelly stands, especially in the area of gun control.

Bederka continues, “These are the kind of, like, fair play area that, like, most people like, and then a little further to the left, he’s probably in favor of a general assault weapons ban. And what that would mean is no more manufacturing assault weapons for general consumer consumption… In any state in the United States.”

In another video, Bederka states, “You’ve got to beat their propagandists. That’s the problem."

However, following that, in another interview, Alan tries to deny everything.

Mission for Arizona staffer, Angelica Carpio, in discussing what she thinks Mark Kelly’s real positions are, versus what his ads say, admits, “He just wants to get elected first. I know we always can’t trust politicians.”

It’s not surprising that Kelly is concerned about gun issues. To him, it’s personal. In 2011, his wife, Gabby Gifford, was shot in the head while meeting with constituents in Tucson, Arizona. It was a horrendous, tragic event: Six people were killed and twelve others injured.

The shooter was Jared Lee Loughner, who had exhibited mental health issues for years before the shooting, but was never diagnosed. While in jail, Loughner was finally diagnosed with paranoid schizophrenia. He was known to have abused marijuana, cocaine, mushrooms, LSD and alcohol. Loughner was ruled to be mentally incompetent to stand trial twice before he was finally medically stabilized enough to plea guilty to 19 counts of murder and attempted murder. He was sentenced to life plus 140 years in a federal prison. 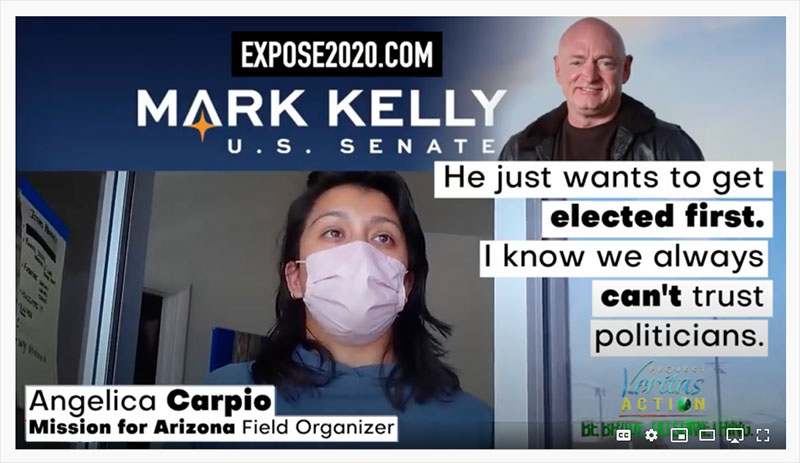 Do the statements by Bederka and Carpio really reflect the positions of Mark Kelly?

In the October 6 debate between Mark Kelly and Senator Martha McSally, Kelly stated, "I’m a supporter of the 2nd Amendment, I have been my whole life…”

After all, Bederka and Carpio aren't official members of Kelly's campaign team. Who is telling the truth?

A careful reading of Kelly’s campaign website infers that the statements by Bederka and Carpio are reflective of his positions. At one point, the website reads, "Mark understands that a commitment to our rights and traditions is in no way incompatible with working to keep us safe from gun violence.”

But, read a little further, and you’ll see, “Mark and Gabby co-founded Giffords, one of the nation’s leading gun safety organizations… To advocate for stronger gun safety laws… Mark will stand up to the gun lobby and fight to protect Arizona kids and communities from gun violence… by allowing families and law enforcement to ensure dangerous individuals and people in crisis don’t have access to firearms.” [italics added]

A quick click over to the Giffords’ organization website, reveals a much stronger, and less politically filtered, position against gun ownership, starting with, “We’re on a mission to save lives from gun violence.”

Scroll down a little further, and you’ll see a link to a blog post titled, “The ‘Good Guy with a Gun’ Myth.”

On the Giffords website, there is strong rhetoric against gun ownership and 2nd Amendment-related laws such as,

Think the Giffords website was simply an immediate and emotional response to a horrible tragedy? No. It's not. The copyright date is 2020, meaning it has been updated this year. It also addresses recent issues, using loaded phrases and imagery, apparently meant to alarm readers.

For example, the Yavapai County Board of Supervisors declared Yavapai County to be a “Second Amendment Sanctuary County” in a resolution dated February 2, 2020. In Giffords' terms, that means Yavapai County would be labelled a “Gun Violence Sanctuary.” 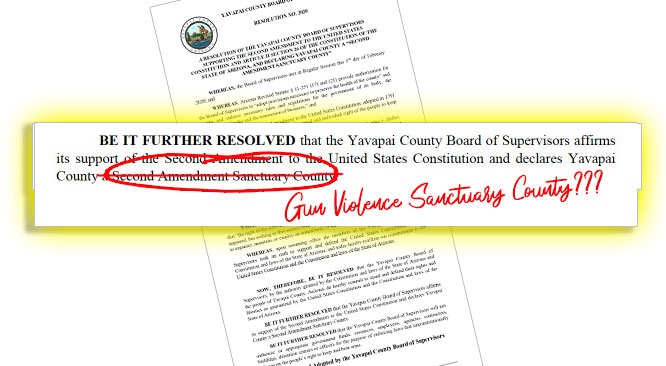 Does Mark Kelly really support the 2nd Amendment? His other website, Giffords, probably is the truest indicator.