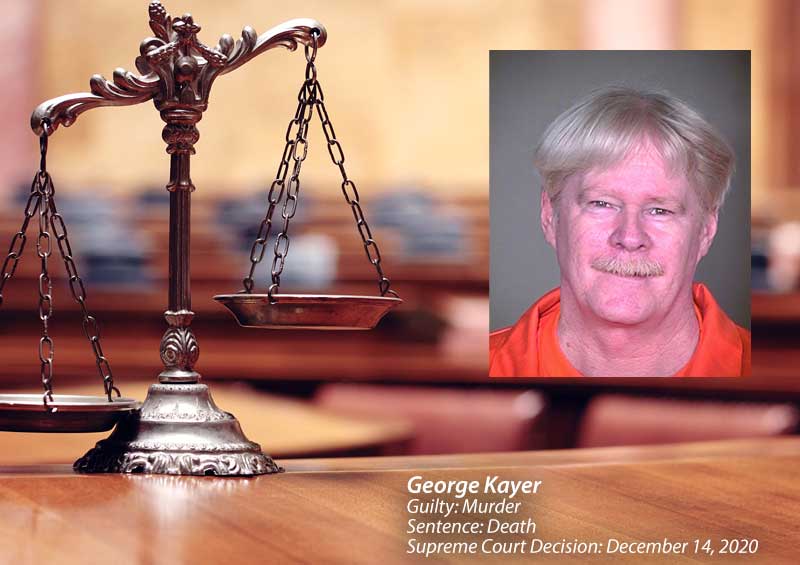 In 1994, Kayer brutally murdered his friend, Delbert Haas, to rob Haas of his belongings. Kayer shot Haas in the back of the head while pulled over alongside the Interstate in Yavapai County. Kayer has now exhausted all of his appeals.

“We have a solemn obligation to uphold our laws and be a voice for those who can no longer speak for themselves,” said General Brnovich. “We must always ensure that justice is served for the victims, their families, and our communities.”

The Arizona courts consistently denied relief to Kayer, including on his claim that his attorneys erred by not presenting certain evidence at sentencing.  The Ninth Circuit, however, granted habeas relief based on Kayer’s attorneys’ alleged sentencing error and concluded that he was entitled to a new sentencing trial.

In reversing this ruling, SCOTUS found that the Ninth Circuit had “resolved this case in a manner fundamentally inconsistent” with the Anti-terrorism and Effective Death Penalty Act (AEDPA), which requires federal courts to defer to state-court decisions. Under an appropriately deferential review, the Arizona courts had reasonably rejected Kayer’s challenge to his death sentence, and he was not entitled to a new sentencing trial.

This decision is a victory not only for the victims of Kayer’s crime but also for the rule of law. SCOTUS has once again confirmed that “state courts play the leading role in assessing challenges to state sentences based on federal law,” and that federal courts cannot second guess state court decisions unless an inmate satisfies AEDPA’s stringent standards.

Copy of per curiam opinion.