Flags at Half-Staff to Honor Victims in Atlanta Featured 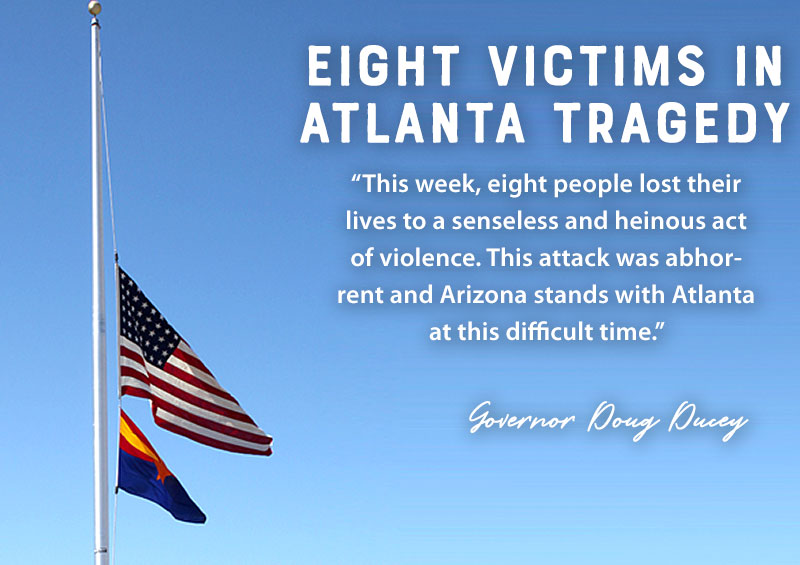 “This attack was abhorrent…"

PHOENIX⁠ — Governor Doug Ducey today ordered flags at all state buildings be lowered to half-staff until sunset on March 22, 2021 to honor the eight victims of the shooting that took place in the Atlanta Metropolitan Area on Tuesday, March 16.

“This week, eight people lost their lives to a senseless and heinous act of violence,” said Governor Ducey. “This attack was abhorrent, and Arizona stands with Atlanta at this difficult time. We send our prayers and deepest condolences to the Atlanta community and the loved ones of those who died. I’ve ordered flags be lowered to half-staff to honor the eight innocent lives lost.”

The Governor’s half-staff order is in coordination with President Biden’s proclamation.