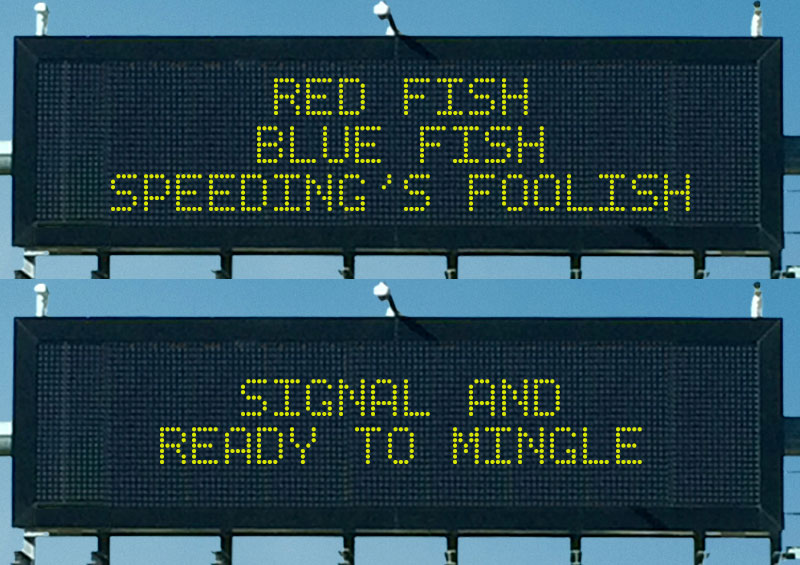 PHOENIX – What do a children’s book, a teacher and mingling singles have to do with safety? They were all part of last year’s winning messages from the Arizona Department of Transportation’s annual Safety Message Contest. ADOT is once again calling on the public to craft creative messages.

It's the fifth year in a row ADOT has run the contest. Contest entries have ranged from wacky to poetic. About 16,000 entries have been received over the past four years but the agency still expects there are more safety messages that haven’t been uncovered.

Original messages can be submitted at azdot.gov/SignContest through March 31.

"It's been great to watch the excitement from the community when the contest launches each year," said ADOT Director John Halikowski. "With thousands participating year after year, we hope it's a reminder to everyone that we are all responsible for keeping our roads safe."

More than 90 percent of crashes are caused by driver behavior. Speeding, aggressive driving and distracted or impaired driving are the leading factors in fatal collisions. The annual contest has incorporated pop culture and current events into safety messages to encourage motorists to make better decisions when in the driver's seat.

While we encourage original and clever messages, there are some guidelines that need to be followed.

ADOT will select at least 10 finalists after the contest closes on March 31. Then, we'll invite the public to vote on the finalists, choosing the message they most want to see on ADOT’s  overhead message boards.