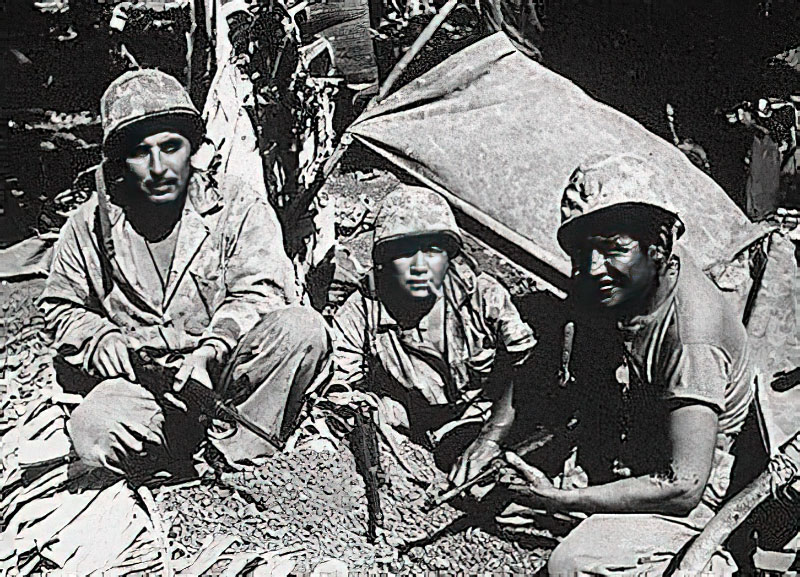 August 14 will be an official state holiday in Arizona.

“The Navajo Code Talkers are American heroes,” said Governor Ducey. “They assisted on every major operation involving the U.S. Marines in the Pacific theatre, using their native language to come up with an unbreakable code. More than 400 Code Talkers answered the call to serve our nation, and Arizona is grateful for their dedication to protecting our nation. I’m proud to sign legislation that makes National Navajo Code Talkers day an official holiday, and I thank Senator Peshlakai for leading on this initiative.”

Under Senate Bill 1802, if National Navajo Code Talkers Day falls on a day other than Sunday, the Sunday following August 14 is to be observed as the holiday.

“It’s important that all Arizonans remember the service and bravery of the Navajo Code Talkers,” said Senator Jamescita Peshlakai, who sponsored the legislation. “Their crucial service during WWII will not be forgotten, and we will continue to honor them every August 14th. Thank you to everyone who supported Senate Bill 1802.”

The United States government recruited and enlisted more than 400 Navajo men to serve in standard communications units. The Navajo Code Talkers used their unbreakable code to assist in every major operation involving the United States Marines in the Pacific Ocean theatre, including during the battle at Iwo Jima where they successfully transmitted more than 800 messages without error.