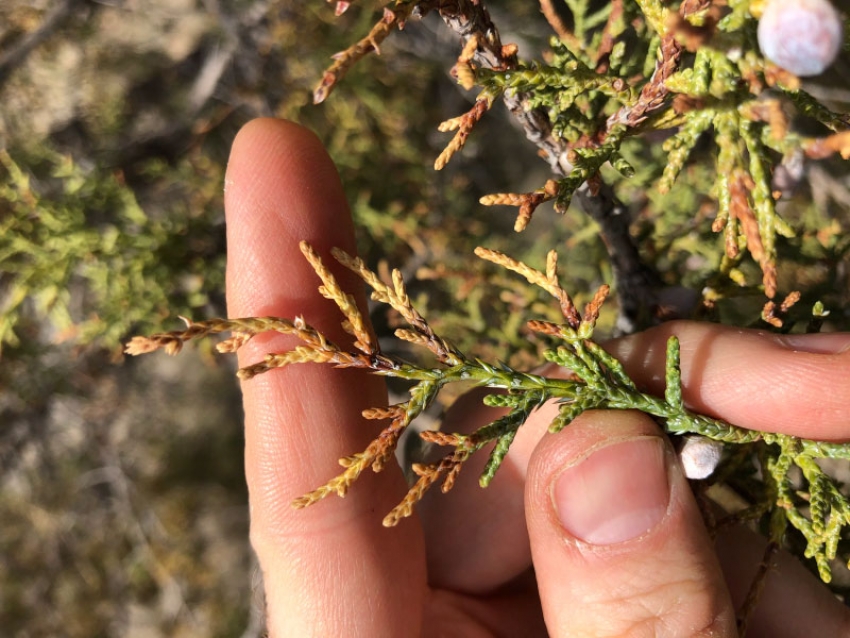 Prescott, AZ, April 21, 2021 - The US Forest Service has been investigating a significant die-off of juniper trees across much of central and northern Arizona. On the Prescott and Kaibab National Forests approximately 50,000 to 100,000 acres of junipers have been affected in the area between Paulden and Ash Fork along Highway 89 and I-40. Mortality has also been noted north of Williams along Highway 64. The majority of affected trees are shaggy bark juniper species, including Utah juniper and one-seed juniper. Mortality is varied, with most areas showing die-off of 5-30% of trees, with some larger pockets of dead junipers ranging from 1 to 15 acres. In addition, forest officials have been noting mortality of individual and small patches of alligator juniper in the higher elevation upland areas surrounding the City of Prescott.

Current assessments by US Forest Service-Forest Health Protection office in Flagstaff suggest that the majority of this mortality is caused by the exceptional drought that this part of Arizona is experiencing. While there have been some scattered observations of insects on dead trees, Forest Health Protection believes that the initial cause of death is directly tied to water stress. Trees impacted by drought show a change in color of their needle-like scales, which typically starts at the branch tips and spreads down the tree, fading from green to a bright yellow.

In order to provide short-term protection against drought-caused mortality, homeowners can protect individual high-value trees through watering. As this die-off is not currently related to insects, insecticide treatments are not recommended. As a reminder, deep but infrequent watering at the drip line, the area below the edge of the tree’s canopy, is the most effective method for active water absorption. Watering at the trunk base is not effective. Generally, homeowners should water until soil is moistened to a depth of 18 inches and wait until soil dries to water again about every two weeks. Homeowners should avoid overwatering as this can also harm tree health.

More information can be found at:

Stay up to date on Prescott National Forest news by checking the Prescott NF website and following us on Facebook andTwitter.