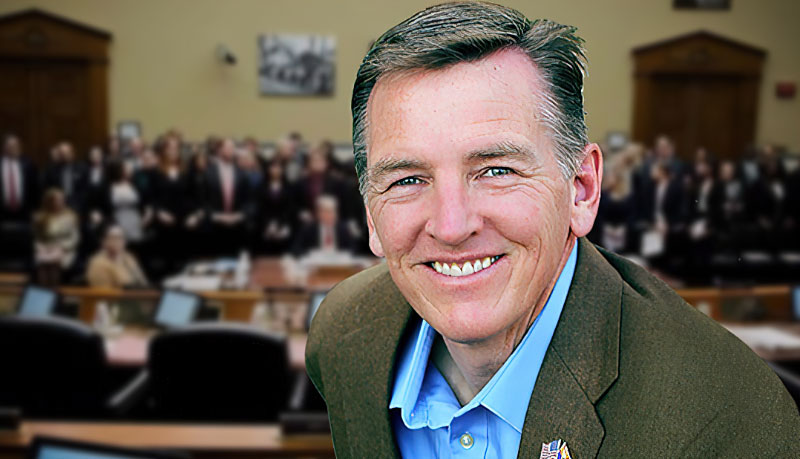 Congress faces deadlines as they return to Washington, DC

PRESCOTT, AZ - After the long August district work period, the House of Representatives returns to Washington, DC this week. Congress faces several important deadlines in September including funding the federal government and the annual defense policy legislation.  In the meantime, here is a recap of our top stories…

This past weekend, I was invited by Beth Vicory to attend an observance in Chino Valley to honor the memory of the victims on the twentieth anniversary of the brutal Islamic attacks on September 11, 2001. Beth raised over $1,000 to have the 9-11 monument installed in Chino Valley.  It is made from a piece of the I-beam steel from one of the World Trade Center towers.  I very much appreciated the opportunity to meet Beth and her family.

Gosar Joins Meals on Wheels to Deliver Meals to Constituents

This week I introduced a resolution creating a pilot program to require the leadership of the House of Representatives to wear body cameras and share the recorded footage with the public and it received a lot of positive attention.

Sadly, Congress no longer operates in an open process and many bills are written behind closed doors in Nancy Pelosi’s office. This lack of transparency in Congress is driving public trust in government to near-historic lows. Less secrecy from our leaders is a good place to start.

Today, body-worn cameras are already used by police officers and in many schools across America.  If cops and schools have cameras, so should members of Congress. People want to know what is really going on.  I aim to let them see.

Reports this week that the chairman of the Joint Chiefs of Staff, General Mark Milley, held two private phone calls with his counterpart in the People’s Liberation Army of the Chinese Communist Party in October 2020 and January 2021 are deeply troubling and raise very serious national security concerns.  During these calls, General Milley gave assurances that he would utilize secret back channels to alert his Chinese officials about President Trump’s military strategy towards China.

If true, General Milley engaged in reckless conduct to obstruct the Commander in Chief’s ability to fully utilize his military authority and his actions were at best insubordinate, and at worst treasonous.

A full investigation of these reports is required, which is why this week I joined my Republican colleagues on the House Oversight and Reform Committee and sent a letter to the Secretary of Defense demanding he provide transcripts, attendees, and notes of these calls so we can assess the validity of these disconcerting reports.

To read a copy of the letter, click here.

#Are You a Game Changer?

Next week, the House will consider the National Defense Authorization Act. Passed for 60 years straight, it authorizes our national defense policies for the Congress to fund. As Congress debates the important annual must-pass legislation, I offered the following amendments: