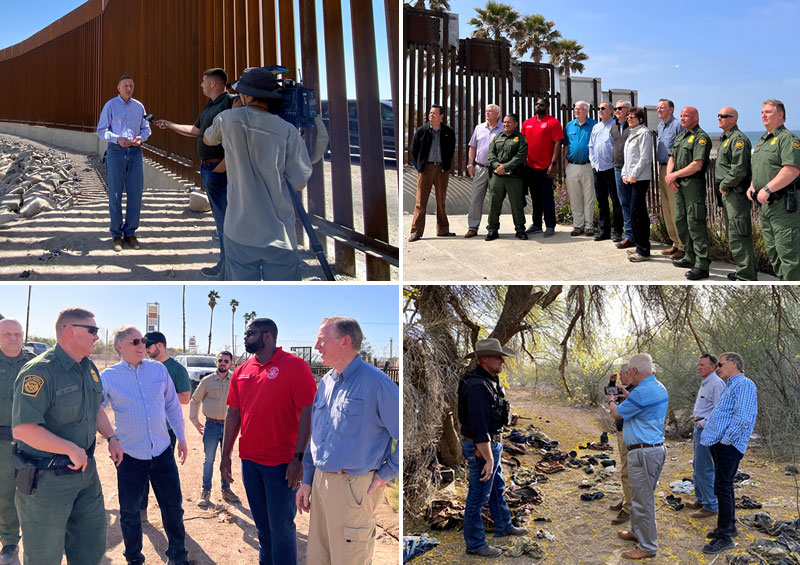 House Committee on Oversight and Reform’s Inspection and Border Trip

8Aliens came from all over

We journeyed from San Diego, California, to Yuma, Arizona, to examine how President Biden has opened our borders and allowed over 2.5 million illegal aliens to prance into our country.  The magnitude of this disaster cannot be overstated.   Our country is under attack.  These lawbreakers bring drugs including fentanyl, which cause 105,000 deaths in 2021. They traffic children and women for prostitution.  They take jobs and keep wages low for Americans.  There is nothing humane or decent about opening our borders.   No other nation in the world does this because it is insane.

In two days, we ran into foreign nationals from countries from Haiti, Uzbekistan, Guatemala and Portugal. None of the illegal aliens are fleeing government persecution in their homeland.  None. These are all economic opportunists taking advantage of our good nature   All paid drug cartels to get here.  They arrive clean, with new cell phones and are well fed.   They are part of an international trafficking conspiracy.  Many are muling drugs.  All illegal aliens need to be deported. I commend Texas Governor Abbot for deporting illegal aliens out of Texas to Washington, D.C.