Information provided by the Steve Zipperman campaign May 19, 2022 179 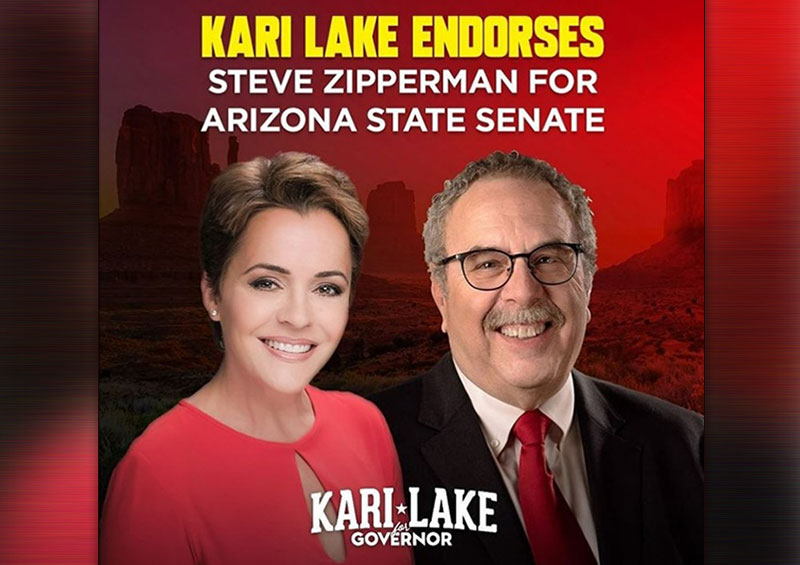 Joining Lake, Gosar, and Holman were former State Legislator Linda Gray, who lead the opening prayer, followed immediately by veteran and America Fist candidate Steve Zipperman, who led the participants in a spirited Pledge of Allegiance, followed by cheers of USA, USA, USA.

Serving as the MC for the event, Lou Corona , Northern Arizona Director of “We the People AZ. Alliance, brought  an all-star lineup of conservative speakers to the stage, including Congressman Paul Gosar, former ICE Director, Tom Holman, Yavapai County Sheriff David Rhodes, Tim Foley of Arizona Border Recon, and the founders of “We the People AZ Alliance, Shelby Busch and Steve Robinson.

A panel discussion followed the speakers, focusing on two issues:  illegal immigration, including drug smuggling, human trafficking, and the control of the border by Mexican cartels, and election integrity, including ballot harvesting information provided by David Lara and Gary Garcia Snyder, Republican candidate for State Senator for LD23 (Maricopa County).   Critically, Lara and Snyder indicated the information they were discussing had been provided to Arizona officials, not only during the 2020 election, but as early as the 2010 and subsequent elections, material that appears to have been validated by the recent movie “2,000 mules”.

Yavapai County Republicans/conservatives wish to thank Lou Corona and his “We the People Az. Alliance” for bringing this patriotic rally together for the people of the County and giving our constitutional conservative, America First candidates the opportunity to speak to these issues.

“Steve Zipperman and I share the same ideals and approaches that will make Arizona free, safe, and prosperous, as represented by my own policies. As an America First candidate, Steve understands that our country and State have reached a turning point, resulting in either failure or a return to greatness. We must choose greatness. As a State Senator, he will serve the people of Yavapai and Coconino Counties well.”

This endorsement comes after Zipperman filed his petitions with the Arizona Secretary of State’s office to appear on the Republican ballot for LD-1.

Rate this item
(2 votes)
Last modified on Thursday, 19 May 2022 03:51
Published in Azpolitics.news
Tweet
Tags
« A Conversation with Andy Gould, Candidate for Attorney General