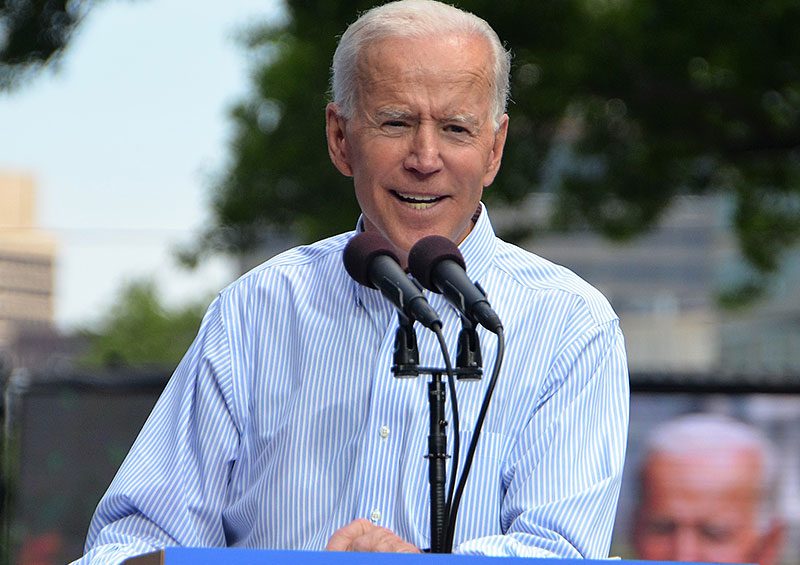 The polls may show Biden ahead in Arizona, but I’m not believing it.

I do not believe that Biden can win Arizona in the election.

Arizona is now one of the most important states in the country for determining the presidential election, since there are only a few states that actually decide elections, the ones with the closest polls. The mainstream media gleefully reported last week that conservative Arizona has been labeled “leans blue” in the presidential race by The Cook Political Report. They pointed to a few signs in recent years to bolster the claim that Arizona is becoming a blue state. One of Arizona’s two senators is a Democrat, Kyrsten Sinema, and five out of Arizona’s nine members of Congress are Democrats.

But I’ve lived in Arizona most of the time since 1996 and have not seen a substantial transition. Arizona’s congressional districts are now gerrymandered to ensure several of them are Democratic. The charismatic Sinema won the Senate race because she hid her views while campaigning, and her opponent, Martha McSally (who was later appointed to the Senate by Governor Doug Ducey) ran a milquetoast campaign lacking the support of conservatives because of her terrible record.

McSally is now facing a tough race of her own, challenged by former astronaut Mark Kelly. Kelly is bombarding the state with TV spots, hiding any sign that he is on the left. Many undecideds may vote for him due to the tragic shooting of his wife, former Rep. Gabby Giffords, which greatly affected her speech ability, making it impossible for her to continue serving in Congress. McSally is running another lackluster campaign with little visibility. Rasmussen Reports, the most accurate pollster, labels the race “leans Democratic.” If she loses, that can be blamed on the Republican establishment that insisted on choosing her over the base’s objections.

Now it’s true that liberals have been fleeing California and the Midwest for Arizona in recent years, slightly changing the demographics. But according to the most recent statistics from the Arizona Secretary of State, Republicans still lead with 34.84 percent of voters to Democrats’ 32.41 percent.

The Latino population continues to increase, but Latino support for President Trump is also increasing. Latinos make up 30 percent of the population in Arizona. A recent ASU poll found they prefer Biden over Trump by only 8 points — which is saying a lot considering ASU polls lean to the left. Even the left-wing Equis Research, a Democratic Latino research firm, admitted that 42 percent of young Latino men support Trump.

Trump’s position on illegal immigration isn’t significant. Chuck Rocha, head of the left-leaning Nuestro PAC, admits that immigration isn’t even in the top three issues for Latinos. The New York Times laments that since Latinos’ partisan loyalties are much less hard and fast than blacks or white evangelicals, Republicans can make inroads if Democrats don’t step up.

Trump led a Latinos for Trump event in Arizona earlier this month, while Biden has been AWOL in the state. Trump is outspending Biden in ads targeting Latino voters, allocating more than twice as much money as Biden on Spanish television ads. Regardless, Latinos don’t vote in as great of numbers as the general population.

Mormons make up five percent of the population in Arizona, and they vote in high numbers. Trump only received 61 percent of the vote from Mormons in 2016, down from 84 percent in 2004 for George W. Bush. However, since 2016, he’s made immense progress in areas Mormons care about, abortion and religious liberty.

Even the polls that tilt to the left show Biden’s lead in Arizona declining. Monmouth and Gravis currently show him only two points ahead, and CBS news shows him three points ahead, all within the margin of error. The only Republican poll, by the Trafalgar Group, has Trump ahead by almost two points. Unfortunately, there are no polls surveying Arizona by Rasmussen. Rasmussen showed Hillary Clinton two points ahead of Trump nationally right before the 2016 election — and sure enough, she ended up with two percent more of the vote but still lost due to losing the electoral college. All the other polls showed her ahead by a far larger margin. Rasmussen is more accurate than other polls in part because the polling agency surveys likely voters most of the time, and equal or proportionate numbers of Democrats and Republicans. So it is unlikely Biden is currently leading in Arizona.

The Cook Report came to its conclusion by relying on one poll that showed Biden ahead of Trump in Arizona by five points. It sampled only registered voters, not likely voters (the former favors Democrats because it includes more people who aren’t likely to vote).

Biden has spent more on TV ads in Arizona than Trump, but I don’t know anyone here who has told me they watch regular TV or cable television anymore. In June 2016, Hillary Clinton’s campaign had $117 million in television reservations. Trump’s campaign had zero. Instead, Trump reserved a large portion of his TV ad buys for Wisconsin that year, where Clinton had spent too little, too late.

Trump pulled over half a million of his TV ads in Arizona earlier this month. Longtime Arizona Republican political consultant Lisa James said, “the fact that he's not buying time is not a huge concern at this point.” He is spending the money in other ways and focusing on the ground game in Arizona. And another longtime Arizona Republican political consultant, Stan Barnes, said other Trump-supporting PACs like the Republican National Committee and Conservative Political Action Committees will fill the void with anti-Biden commercials. If the campaign runs out of money, Trump said he will spend his own money.

I cannot find any record of Biden visiting Arizona in months. Trump has been here several times in the last couple of months. Arizona hasn’t picked a Democrat for president since Bill Clinton in 1996. When people claim that Arizona is turning blue, they don’t stop to take into consideration other factors. Arizona has suffered a rash of terrible Republican candidates over the last few years. And Sheriff Joe Arpaio was defeated for reelection in 2016 because George Soros spent $2 million on the race, as did as other out-of-state billionaires, including a quarter of a million dollars from the widow of Steve Jobs. It was Soros’s single biggest investment in a local race that year.

Nationwide, the Trump campaign has raised more money than any campaign ever, $1.1 billion. Rasmussen shows him currently leading Biden by one point. So ignore the gloom and doom from the biased mainstream media. Arizona chose Clinton in 1996 due to four years of seeing his charisma and moderation. Biden has none of that, he can barely get through a speech or interview without confusing his words.