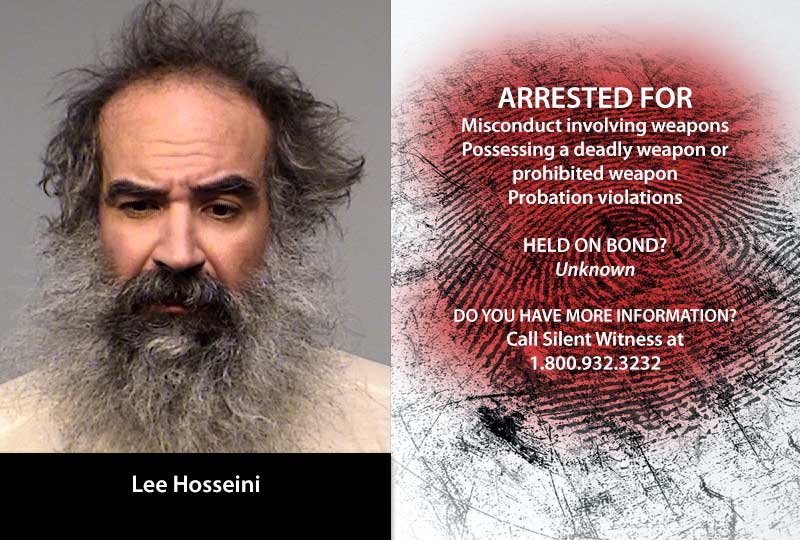 Hosseini had over 2 dozen weapons on his premises

On July 11, 2022, at approximately 11:14 A.M. officers with the Prescott Police Department were dispatched to a residence in the 600 Block of Coal Drive, after multiple parties reported hearing gun shots. The residence owner, Lee Hosseini, was a known prohibited possessor and was observed leaving the residence prior to police arrival. Officers were able to locate Hosseini and detain him after conducting a traffic stop.

Prescott Police Detectives served a search warrant on the residence, and a total of 26 firearms were seized from the residence, as well as five discharged bullet casings.

Hosseini was booked into the Yavapai County Jail on charges for Misconduct involving weapons: possessing a deadly weapon or prohibited weapon if such person is a prohibited possessor and violations of probation.