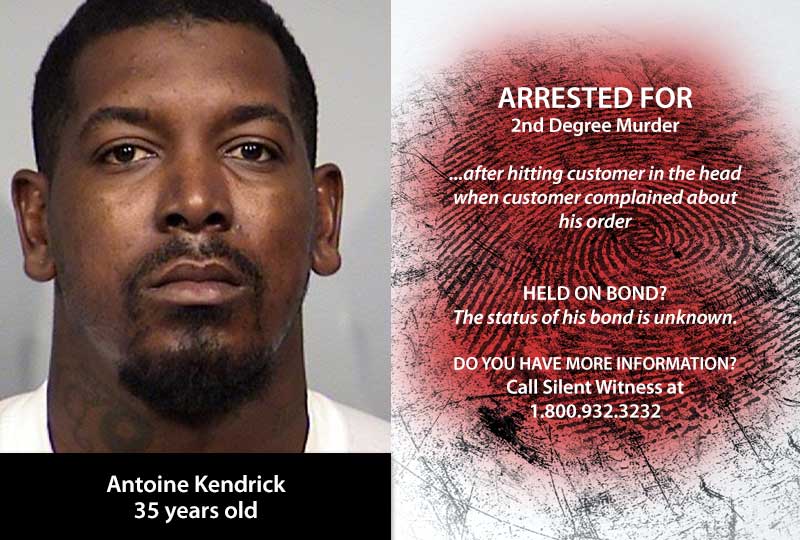 The Wendy’s employee, Antoine Kendrick, has been charged with 2nd degree murder

On Friday, August 5, 2022, the victim succumbed to his injuries.

The arrestee, Antoine Kendrick, 35, is now being charged with Second Degree Murder and remains in custody.

On Tuesday, July 26, 2022, at approximately 4:41 PM, an altercation occurred at Wendy’s located at 3020 N. Glassford Hill Road, Prescott Valley. A customer complained about his food order at which time, Wendy’s employee, Antoine Kendrick, came out from behind the service counter and struck the customer in the head. The customer fell to the floor striking his head and lost consciousness. Officers and Central Arizona Medical Authority responded to tend to the customer.

The customer, a 67-year-old Dewey resident, was air-lifted to a Valley hospital where he remains in critical condition.

The employee, Antoine Kendrick, of Prescott, was arrested and booked on the charge of Aggravated Assault.