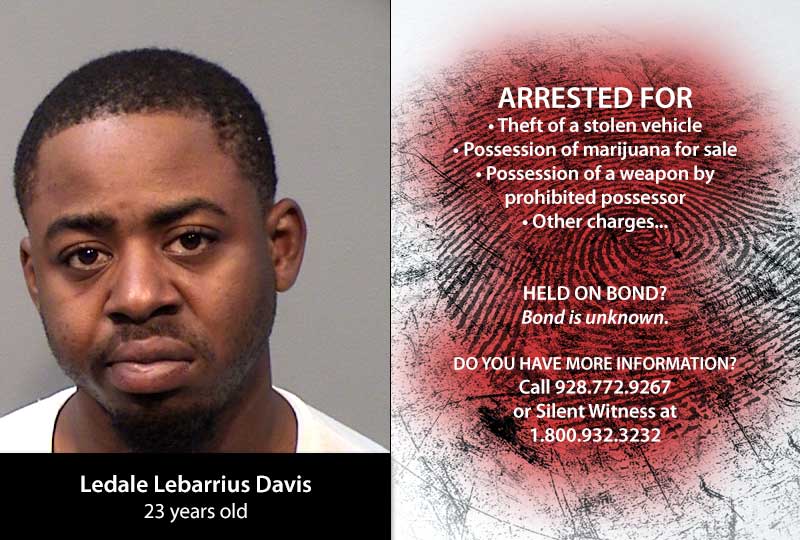 On Tuesday, February 28, 2022, at approximately 2:15PM, Prescott Valley Police Officers observed a dark-colored Honda Civic, bearing a North Carolina license plate, driving erratically at a high rate of speed northbound on Glassford Hill Road. A check of the license plate revealed that the vehicle was stolen. The vehicle was stopped, and the driver identified himself as 23-year-old Ledale Lebarrius Davis from Texas.

When Davis stepped from the vehicle, officers observed on the front passenger seat an opened black duffle bag containing a large amount of marijuana. Further investigation revealed a loaded revolver next to the driver’s seat.

Davis was arrested and charged with theft of a stolen vehicle, possession of marijuana for sale, possession of weapon by prohibited possessor, and other charges. Davis was transported and booked into the Yavapai County Jail in Prescott.